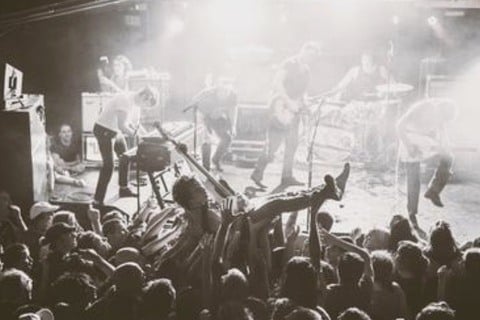 Indie garage rock formed by Cadien Lake James which went on to release albums titled Sunken, Wild Onion and Down In Heaven. Their debut Sunken was recorded in James' basement with the help of the app GarageBand.

The band's name was taken from the restaurant chain, and not the David Lynch-created TV series. Band influences included The Velvet Underground, Black Lips and the Rolling Stones.