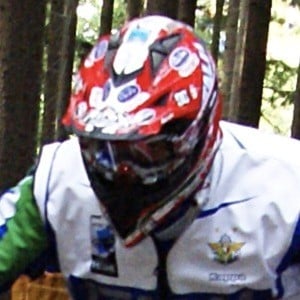 Professional motorcycle racer who is known for competing in Enduro championships. He has earned sponsorship from Forma Boots, Just 1 Racing, and Rtech and shares his riding clips and photos through Instagram for his over 80,000 followers.

He first began racing professionally in 2006 when he competed on Team Italy in the Motocross of European Nations competition. In 2012, he competed in his first Italy Enduro race in the Absolute Class.

He is known for having won the E2 World Enduro Championship in 2013.

He was born and raised in Bologna, Italy and is married to fellow motocross racer Sara Trentini.

Alex Salvini Is A Member Of