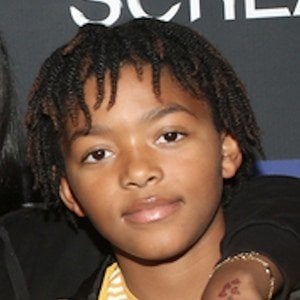 He was born on Christmas day 2007 a year after his parents married.

His mother is Keisha Spivey, a former member of the R&B group, Total.

He also has younger sisters named K'mari and Aiyanna.

His father was once a backup dancer to Queen Latifah.

Amir Epps Is A Member Of