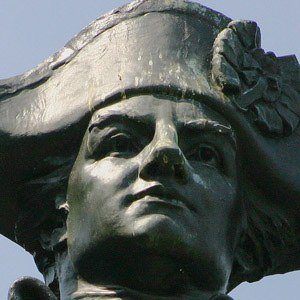 Revolutionary War hero who was nicknamed "Mad Anthony" and reached the rank of Major General.

He formed his own regiment in the Continental Army soon after the American Revolution had begun.

He had two children with his wife, Mary Penrose.

He was appointed Commander of the Legion of the United States by George Washington .

Anthony Wayne Is A Member Of