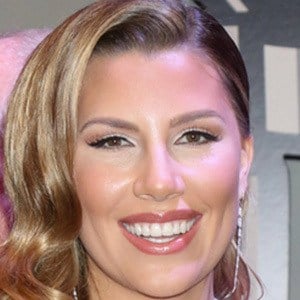 Reality television star who is best recognized for having starred on the CMT original series Racing Wives. She is also known for being a professional polo player through the U.S. Polo Association.

She first started riding horses at the age of six. She gained further attention when she appeared on Racing Wives in 2018. She was recognized for being the spouse of Kurt Busch.

She is known for having played at the July 2018 polo event held by Prince Harry and Meghan Markle.

During her wedding, Steven Tyler gave a surprise performance for the couple.

Ashley Busch Is A Member Of