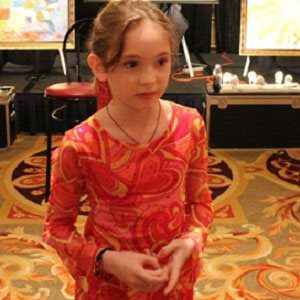 Painter from Los Angeles who has been hailed as a child prodigy by the artistic community. Her talent has lead to media appearances on shows like The Today Show and The Wendy O'Williams Show.

She was encouraged to pursue painting by her parents after she painted on a piece of scrap wood at age five.

Her father, Douglas, is a composer while her mother, Katharine, was previously a a model and actress.

She and Aelita Andre are both painters who are considered child prodigies.

Autumn De Forest Is A Member Of