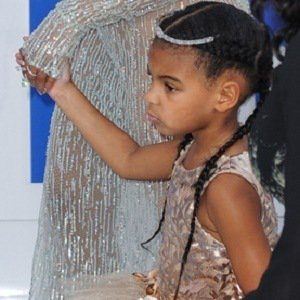 Famous first child of superstars Beyonce and Jay-Z. Her parents tried to trademark her name in order to start a merchandise line.

Her imminent birth was announced at the 2011 MTV Video Music Awards.

Jay-Z dedicated his song "Glory" to her two days after her birth. In 2021, she won a Grammy Award for Best Music Video for her work in the "Brown Skin Girl" video.

Her parents gave birth to a pair of twins named Rumi and Sir in June 2017.

Her mother, Beyonce Knowles, gave birth to her at Lenox Hill Hospital in New York.

Blue Ivy Carter Is A Member Of