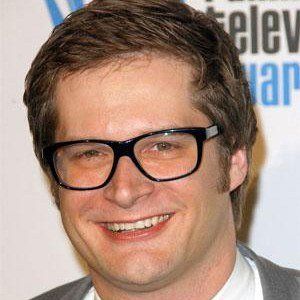 Screenwriter who is best known for creating the acclaimed television series Pushing Daises, Dead Like Me, and NBC's Hannibal.

He graduated from USC's School of Cinematic Arts prior to entering the industry.

All of his series take place in the Fullerverse, a nickname his series received from fans.

Bryan Fuller Is A Member Of