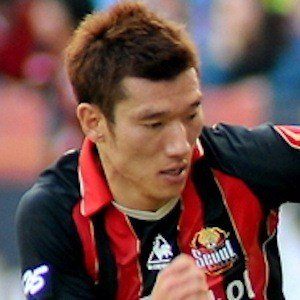 South Korean international defender who represented his country in 18 games from 2008 to 2012. He's played his professional career with various teams in the K-League.

He played at Ajou University from 2002 to 2004 before making his K-League debut with Incheon United.

He and Ki Sung-yueng played together for South Korea's national team.

Choi Hyo-jin Is A Member Of