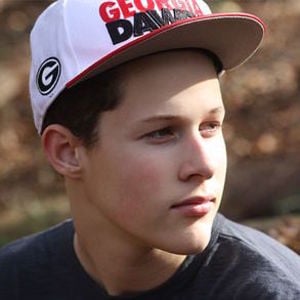 Singer and rapper who rose to fame after his performance of "When I Was Your Man" at a school talent show went viral. He has since grown popular releasing his original music to YouTube. He also released his debut album Ready To Go in May 2016. The debut single from his second album has over 250,000 plays on Spotify.

His musical career began by performing live at a number of music festivals and talent shows.

A native of Athens, Georgia, he lived there with his parents and brother and sister.

His single "Down" from the Album Ready To Go features fellow pop singer Daya.

Connor Byers Is A Member Of