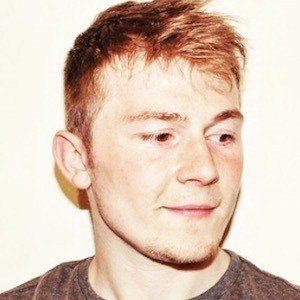 Rose to fame competing on the first season of the 2017 reality series Let It Shine. He then joined the band Five to Five on the show and went on to star in the stage musical The Band.

A songwriter from an early age, he worked briefly as a wedding singer.

He has been a patron for the organization Cash for Kids which supports sick, underprivileged, and disabled children in Leeds and West Yorkshire.

A native of Leeds, his husband's name is Carl.

He is a member of Five to Five alongside AJ Bentley, Nick Carsberg, Sario Solomon, and Yazdan Qafouri.

Curtis Johns Is A Member Of