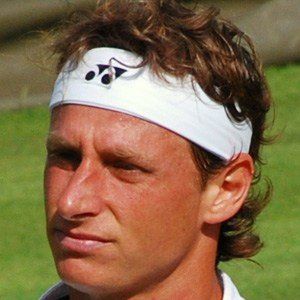 Argentine tennis pro who was an 11-time ATP career-finals singles winner and a former World No. 3.

He enjoyed sporting activities when he was young, joining his brothers in activities such as karate, horseback riding, and swimming.

He grew up with two older brothers, Javier and Dario, who inspired him to take up tennis.

He defeated Roger Federer during the 1998 US Open.

David Nalbandian Is A Member Of