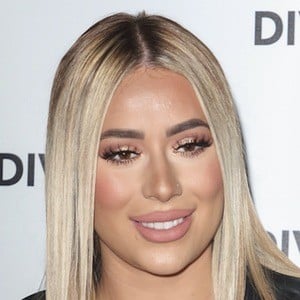 British reality television star who had a fast rise to fame after joining the series The Only Way Is Essex. She has a rabid fan base on Instagram where she posts travel, lifestyle and red carpet photos for 600,000 followers.

She made her first appearance on The Only Way Is Essex in 2014.

She's worked as a makeup artist and brand ambassador.

She is the sibling of longtime TOWIE personalities Chloe and Charlie Sims and has another sister named Frankie.

She became a prominent cast member of The Only Way Is Essex like Yazmin Oukhellou.

Demi Sims Is A Member Of