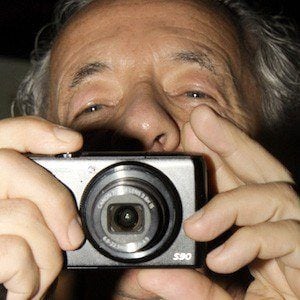 Photographer who gained fame as the creative director of Elle Magazine. He began his career with French Elle and shortly after was photographing internationally renowned models like Tyra Banks and Naomi Campbell for American Elle.

As a child, he suffered from advanced dyslexia. It was his mother who suggested art might be an outlet for him to express himself better.

He has been a photographer for the incredibly popular CW reality series America's Next Top Model.

He and his first wife Pascha had one child. He was then married to model Elle Macpherson between 1986 and 1989. His third wife, Kelly Bensimon, gave birth to his daughters Sea Louise and Thaddeus Ann.

His almost fifty years of photography experience includes a portfolio of celebrities like Beyonce and Gwyneth Paltrow.

Gilles Bensimon Is A Member Of