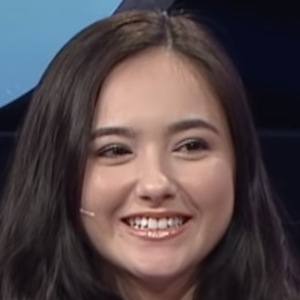 Actress who is best known for the television show Seventeen Mr. Photographer in 2017. She also appeared in Spaghetti Kuah Kacang the same year. She has 2.4 million followers on her hannahdelisha Instagram account.

She was a member of the duo Delisha with Mia Delisha. They produced the well known single "Fractured."

She appeared in the YouTube web drama Finding Sandra.

Her father was English and her mother was Malay Singapore. Her mother's birthday is August 27th.

Rui En is another famous actress from Singapore.

Hannah Delisha Is A Member Of