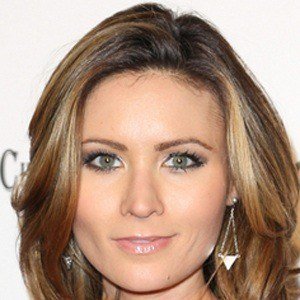 Actress of the stage, screen and recording booth as a voice over artist who landed the role of Allegre in 2017's Baywatch. She provided the voice of Faybelle Thorne in Ever After High and voiced several characters in Barbie: Life in the Dreamhouse.

She was a stand-in for the show I'll Fly Away between 1991 and 1993. She attended Ithaca College and graduated with honors from New York University.

She has starred on Broadway in Les Miserables and Fiddler on the Roof. She has lent her voice to video games such as Fallout 4 and Anki Overdrive. She is a singer as well, releasing albums called Spark and How I Role.

Her mother Cynthia Stillwell worked as a casting director.

She joined fellow actresses Jane Lynch and Ellen DeGeneres as recipients of the PowerUP Award.

Haviland Stillwell Is A Member Of