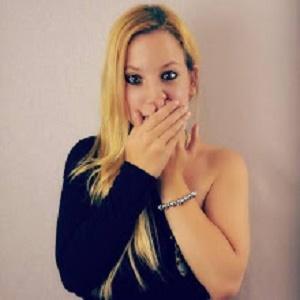 Online personality and lifestyle blogger known for her hit online blog Chiffon Souffle, which she created in January of 2012 after she was done styling in the entertainment industry for shows like The Oscars and The American Music Awards.

She attended college for her degree in fashion marketing & management at The Art Institute of San Francisco. She grew up in a small suburb of Cleveland, Ohio, and would spend her time writing on Live Journal, and horseback riding.

Her most popular post on Chiffon Souffle, back when she first was starting out with her blog, was "Ideas For A 23rd Birthday," which has earned over 250,000 views. She has been nominated for various blog awards. She was cast to be on MTV's True Life, but kept on the blogging path instead.

Her mom works for a hotel magazine and her dad is a construction supervisor. Her great grandma and grandpa are originally from Scotland, England.

She is related to Robert Burns, who wrote and sang "Auld Lang Syne."

Heather Hahn Is A Member Of