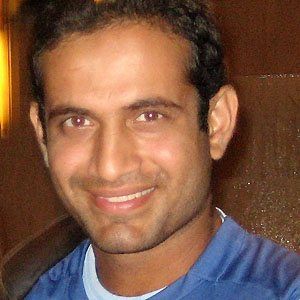 All-rounder who joined the Delhi Devils in 2011 and was named ICC Emerging Player of the Year in 2004.

He rose through the youth ranks at Baroda before making his Test debut against Australia in 2003.

He became the fastest Indian ODI player to reach one hundred wickets.

His brother Yusef also took an interest in cricket at a young age.

He has been compared by many critics to the renowned all-rounder Kapil Dev.

Irfan Pathan Is A Member Of