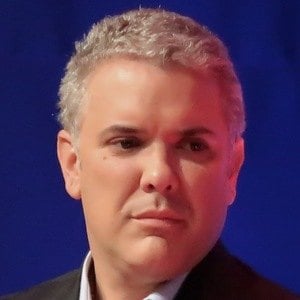 Politician who joined the Democratic Center Party as a candidate for the 2018 Presidential election. He won the nomination in March of that year. He has over 850,000 followers on his ivanduquemarquez Instagram account.

He received a Law degree and a degree in Philosophy and Humanities from Sergio Arboleda University in Bogotá.

He was a consultant at the United Nations in the Research Panel from 2010 to 2011. He released the book The Future is at the Political Center in March 2018.

He and Angélica Correa are both politicians from Colombia.

Iván Duque Is A Member Of