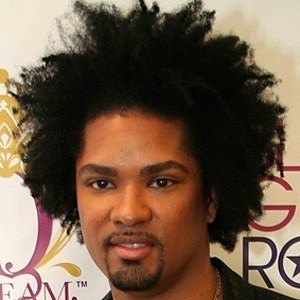 Beauty expert specializing in eye lashes who became known as the The Eyelash Guru To The Stars after leaving his managerial position at Dolce & Gabbana to open Fabulous Lashes by Ja'Maal Buste. He has over 150,000 followers on Instagram.

He left home after high school and moved to Dallas, Texas. He later relocated again to Detroit, Michigan.

His revolutionary lens applicator first sold on QVC in 2010.

He was born in Texarkana, Texas.

He was on Martha Stewart's show in 2009 to promote his work.

Ja'Maal Buster Is A Member Of