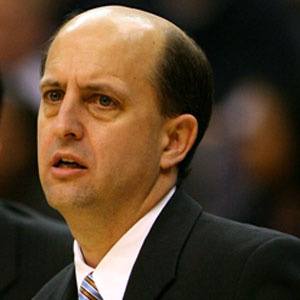 Longtime NBA coach of the New York Knicks who became an NBA analyst on ESPN after retirement.

He was the first coach in NBA history to lead an 8th seeded team to the NBA Finals.

His brother Stan was coach of the Orlando Magic and Miami Heat.

In the 1998 NBA playoffs, he tried to break up a bench-clearing brawl started by the Miami Heat's Larry Johnson and the Knicks' Alonzo Mourning.

Jeff Van Gundy Is A Member Of