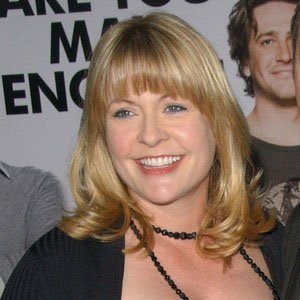 She became a member of the Actors Theatre of Louisville after attending Northern Kentucky University.

She had a recurring role on the comedy Reno 911! with Niecy Nash.

She married Thomas Lennon, and gave birth to a son in 2009.

She made a cameo appearance in Role Models with Paul Rudd.

Jenny Robertson Is A Member Of