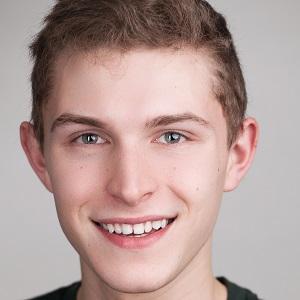 Popular Vine and YouTube personality, as well as actor and director, who began creating content for the internet in the form of comedic sketches, vlogs, and short films. He has written and directed several short films, mostly in the horror genre, and has acted in many theatrical productions as well.

He attended The University of the Arts in Philadelphia, Pennsylvania for filmmaking. In 2013, he won ABC Network's ABC Make Me A Star and was awarded a talent holding deal that convinced him to take a major leap in his life.

In 2014, he transferred to Columbia College Hollywood to pursue acting and film directing, moving across the country to Los Angeles, California. He created a web series for YouTube called Wreck This Journal. He was included in ABC Casting's 2015 Talent Showcase.

He was born in Atlantic City, New Jersey and grew up in the small town of Mays Landing, New Jersey, where he stayed until college. His parents are John Berchtold and Kathleen Yacobacci. He has an older sister named Tera Yacobacci and a younger sister named Kristine Berchtold.

He posted a behind-the-scenes Vine for a web series he was working on and tagged director Eli Roth in the caption.

John Berchtold Is A Member Of