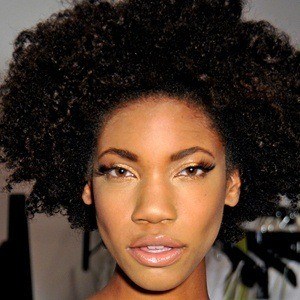 Model, blogger and entrepreneur who hosted her own web series The Joy I've Found featured on YouTube. She has appeared in top fashion magazines such as Elle and Vogue. She has also modeled for ad campaigns for global brands such as Levi's, Bose and American Apparel.

She appeared in local runway shows in her teens and was later scouted by a photographer at an American Apparel store.

She founded her own blog called Lace and Happiness, which she extended into an upscale women's fashion boutique.

She was born in Fresno, but moved to Los Angeles when she was in the first grade.

She has modeled and done runway for designer Michael Costello.

Joy Green Is A Member Of