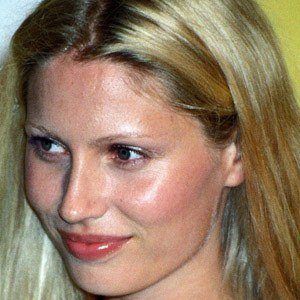 Fashion model who has graced the covers of Harper's Bazaar and Vogue.

She was the face of many iconic fashion brands: Dior, Ginvenchy, and Versace.

She once told a reporter that the best part of her job was the money.

She married , who is the son of the rocker Donovan.

She was in an interactive fashion art film called Decadent Control, which also starred model with Eva Herzigova.

Kirsty Hume Is A Member Of