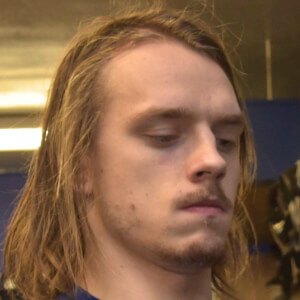 Goaltender who made his NHL debut in 2014 with the Tampa Bay Lightning and represented Latvia at the 2014 Olympics.

He played for ASK/Ogre in the Latvian Hockey League.

He played for Dinamo Riga in the Kontinental Hockey League during the 2012-2013 season.

He was born in Aizkraukle, Latvia.