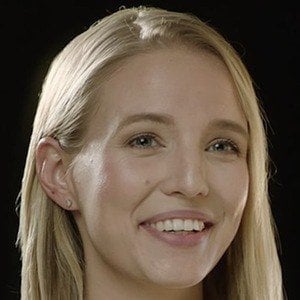 Founder of the fashion and lifestyle blog Ohh Couture who began to run the website with Alexander Galievsky in December of 2015 after launching it in early 2014. She would work with brands like Cartier, Bulgari, Tommy Hilfiger, Tory Burch, Lancome and Net-A-Porter.

She was previously a strategy consultant and passionate shopper. She was once named a promising talent in the textile industry by a German textile journal called Textilwirtschaft.

Her blogging partner Alex is also her boyfriend.

She has collaborated with Michelle Madsen.

Leonie Hanne Is A Member Of