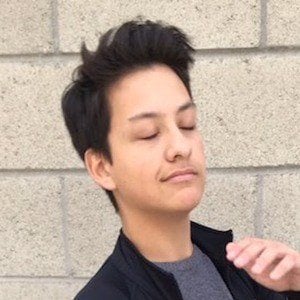 Comedian who became popular for his "Mason chill out!" Vine account, which added comedic edits to other videos from the web. He earned more than 850,000 Vine followers before the app was shut down. He uses Instagram to post short comedic videos and other content for his 20,000 followers.

He was a normal teenager just trying to make it through high school. He started using Vine as an escape from the lack of a social life.

He met most of his friends through Vine.

He was born in Anaheim, California. He is the oldest of three kids and has a younger brother and sister.

He posted a video inspired by fellow Viner Cam Benson.

Mason Gonzales Is A Member Of