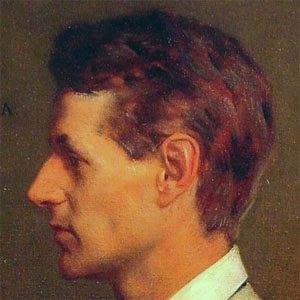 Master illustrator of fantasy and mythological scenes. His work adorned "Poems of Childhood" by Eugene Field, the 1909 edition of "Arabian Nights," and "The Golden Treasury of Songs and Lyrics" from 1911.

He was educated at Haverford College, the Pennsylvania Academy of the Fine Arts, and Drexel Institute of Art, Science & Industry. He launched his career by illustrating L. Frank Baum's "Mother Goose in Prose" in 1897.

His use of saturated, distinct hues resulted in his name being given to a shade of blue.

His father was the famed painter and etcher, Stephen Parrish. He built his own New Hampshire home and studio, where he lived with his wife and later, his mistress.

His work served as cover art for Elton John's album "Caribou" from 1974.

Maxfield Parrish Is A Member Of