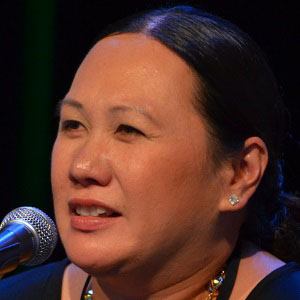 Creator of several young adult book series, including Au Pairs, Blue Bloods, and The Ashleys. Her Isle of the Lost novel was written as a prequel novel to Disney's Descendants and spent over 50 weeks on the New York Times bestseller list.

She studied art history and English at Columbia University in New York City. She was a former fashion and beauty editor, writing for Marie Claire, Harper's Bazaar and Glamour.

She worked as a fashion writer for Marie Claire, which became the inspiration behind her novel How to Become Famous in Two Weeks or Less.

She immigrated with her family to the United States from Manila, Philippines when she was 12 years old. Her father was an investment banker. She married Michael Johnston with whom she co-wrote Frozen, the first novel from her Heart of Dread series.

Melissa De la Cruz Is A Member Of