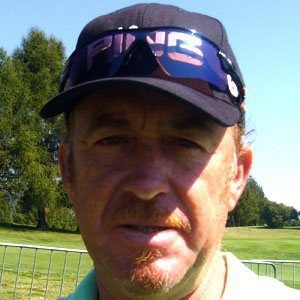 Spanish golfer known for being the winner of events like the 2014 Greater Gwinnett Championship on the Champions Tour. He won back-to-back Alfred Dunhill Cup titles representing Spain in 1999 and 2000.

He was born in Malaga, Spain and turned professional in 1982.

He broke his own record as the oldest winner in European Tour history in May 2014.

Miguel Ángel Jiménez Is A Member Of