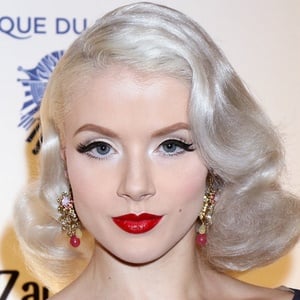 Distinguished fetish, alternative model and burlesque dancer known as Mosh who landed on the cover of Bizarre Magazine a record-breaking seven times. She has also been featured in publications such as Playboy, Maxim en Espanol, La Weekly and Girls and Corpses.

She started modeling at the age of 17 through networking on Modelmayhem.com.

She was named by Model Mayhem as one of the world's leading alternative and fetish models.

She was born in the Soviet Union but moved to the U.S. at the age of three. She grew up doing gymnastics and cheerleading, which later led to her career as a burlesque dancer.

She and Kat Von D are both considered alternative models.

Mosh Is A Member Of