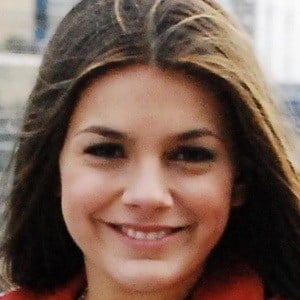 Best known for her starring role as Luna Moreno in the soap opera Consentidos, she is also a singer, conductor, and Hugo Award-winning stage actress for roles in productions of El diluvio que viene and Swingers El Musical.

She made her acting debut in 1999 as Victoria in Chiquititas.

She has graced the covers of the magazines Luna Teen, Seventeen Argentina and Clarin - Espectáculos.

She has a husband named Ramiro.

She and Macarena Paz were both featured in the soap opera Consentidos.

Natalie Pérez Is A Member Of