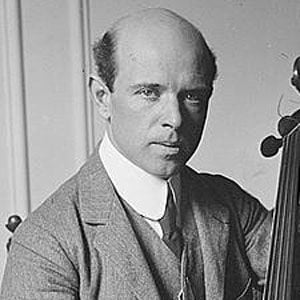 Considered one of the premiere cellists of the 20th century, he is remembered for his recordings of the Bach Cello Suites.

He practiced Bach's six cello suites for 13 years before performing them live.

He was awarded the U.S. Presidential Medal of Freedom by President John F. Kennedy in 1963.

His father was an organist and choirmaster.

He and Yo-Yo Ma are two of the most renowned cellists in history.

Pablo Casals Is A Member Of