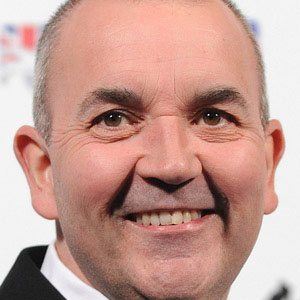 British dart champion nicknamed "The Power" who was twice nominated for BBC Sports Personality of the Year (2006 and 2010). From 1995-2002, he won eight consecutive World Championships.

He won his first professional dart competition at the Canadian Open in 1988.

He won sixteen World Championships, which is a record for all professional dart players.

He divorced Yvonne Taylor after twenty years of marriage. He has four children: Lisa, Natalie, Kelly and Chris.

In the 2010 Premier League Darts Finals against James Wade, he became the first person to hit two nine-dart finishes in the same match.

Phil Taylor Is A Member Of