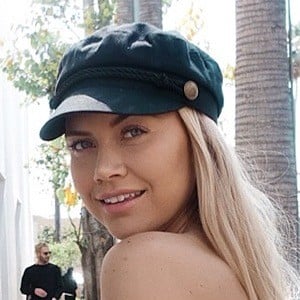 Reality star turned lifestyle blogger who gained fame in 2017 appearing on the ninth season of Norway's Paradise Hotel. She would go on to become known for her self-titled lifestyle blog.

After graduating high school in 2012, she went on to study fashion.

Grown popular on Instagram sharing selfies and lifestyle photos, she has earned more than 40,000 followers on the platform.

Her mother's name is Christine and she has a sister named Linn.

She competed against winner Martine Lunde Aarsrud on the ninth season of Paradise Hotel.

Rebecca Forsback Is A Member Of