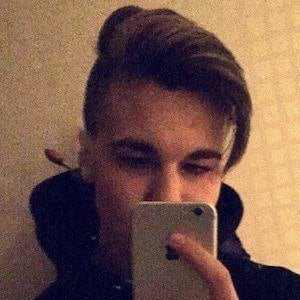 YouTube gamer otherwise known as Nerdgazm. He has gained more than 110,000 subscribers on his Nerdgazm CS:GO channel creating funny moments videos, showcases, and Let's Play videos. He also has his first channel, Nergazm, where he creates Minecraft videos.

He launched his first YouTube channel in 2011 however it wasn't until 2015 that his second channel began to gain a significant following.

Outside YouTube, he has a Twitch channel where he streams Counter Strike: Global Offensive and other games.

An only child, he was born in Visby, Gotland.

Both he and Nick Bunyun are YouTube CS:GO gamers.

Robert Norrby Is A Member Of