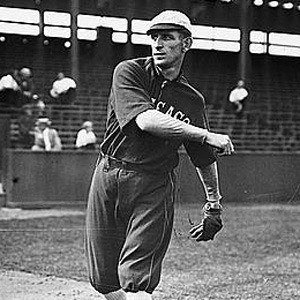 He began playing professional baseball in 1905 in the Northern League, also spending time in the minor leagues in San Francisco.

He played with three different Chicago teams: first with the White Sox, then with Chi-Feds/Chicago Whales in the Federal League, and finally with the Cubs.

He was born in Cass County, Indiana.

He got his nickname, Bunions, after a Ty Cobb spike went into his bunion.

Rollie Zeider Is A Member Of