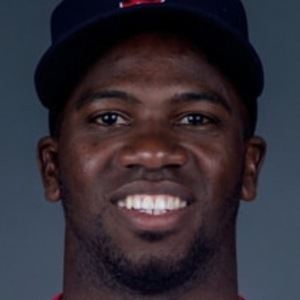 Cuban outfielder who began his MLB career with the Boston Red Sox in 2014. He represented his native Cuba at both the Baseball World Cup and the Pan American Games in 2011.

He was born in the city of Ciego de Avila and played for the local team Los Tigres.

He led the 2011 Baseball World Cup in batting average and slugging.

His family remained in Cuba when he signed with the Red Sox.

He became teammates with Dustin Pedroia in Boston in 2014.

Rusney Castillo Is A Member Of