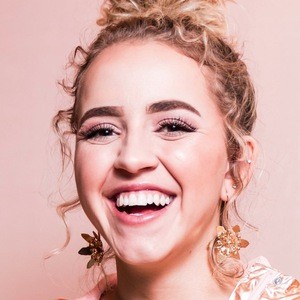 Singer and YouTube star who gained fame posting covers of popular songs to her self-titled channel. She also runs a separate vlogging channel.

She opened her channel in December 2009 with a cover of "Who Am I" by Nick Jonas & The Administration.

One of her most popular covers, "What Makes You Beautiful" by One Direction, earned more than 1 million views after it was posted in 2011.

She was born in the island nation of Curacao but later lived in Texas.

She has performed covers of songs by artists like Justin Bieber, Beyonce, and Selena Gomez.

Skylar Dayne Is A Member Of