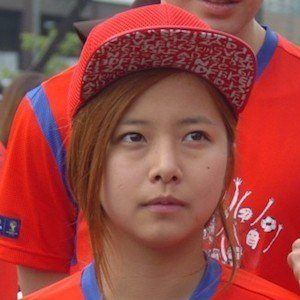 MMA fighter who won her fighting debut in ROAD FC 17 when she knocked out Emi Yamamoto in round one. She has 60,000 followers on her sky_isthelimit_song Instagram account.

She first found her way into the spotlight as a houseguest on season one of SBS reality show Roommate.

She received death threats after her first win and took four months off fighting.

She has a niece named Ho.

She and Ronda Rousey are two MMA fighters that have pushed on after tough defeats.

Song Ga-yeon Is A Member Of