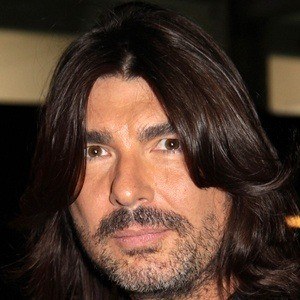 Fashion designer who launched his first ready to wear collection at the age of 28. Three years later he was appointed artistic director and couturier of the house Jean-Louis Scherrer, making him the youngest artistic director in the world.

He joined the Haute Couture trade union chamber at the age of 18 because it was a part of the French Federation of Couture and fashion designers.

He grew up traveling between Cannes, Nice, Argentina, and the West Indies. He has over 180,000 followers on his stephanerolland_paris Instagram account.

His mother worked at Pictorial Services, so he grew up surrounded by black and white photos.

He has worked with legendary singer Celine Dion.

Stephane Rolland Is A Member Of