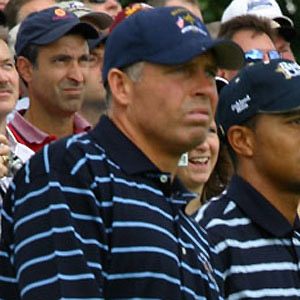 He began caddying at age six, when he would caddy at his local club, then moved to 36-holes a day at age 10.

He made his break by caddying for third-place finisher Peter Thompson in the 1976 New Zealand Open.

He married Kristy Williams in 1993.

Tiger Woods was the top-ranked golfer in the world during most of Williams' tenure as his caddy.

Steve Williams Is A Member Of