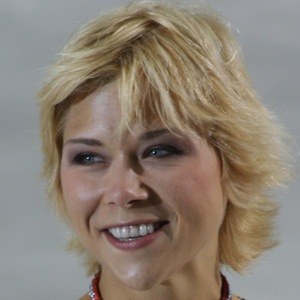 Germn figure skater who gained fame when she was awarded the bronze medal at the 1994 World Championships. She also medaled at the 1998 European Championships and the 1997-98 Grand Prix Final.

She won her first major medal at the 1993 World Junior Championships.

She has also appeared in the German version of Playboy as a model.

She and her husband Norman Jeschecke have a daughter together named Jona Valentina.

Tanja Szewczenko Is A Member Of