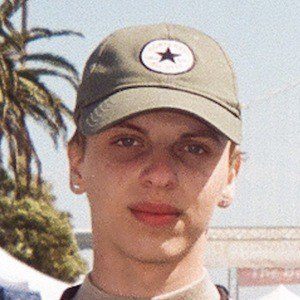 Former social media star who has been featured on outlets such as AOL, Fox, and CW13 News. In 2018 he became the owner of Good Times Magazine, alongside a few friends. In 2019, he launched the project 1988 CALIFORNIA.

He used to post videos on YouTube for his followers that consisted of him and his friends doing entertaining MTV-style pranks and challenges.

He was known as TotallyTate on Vine, where he earned over 500,000 followers.

His great-grandmother on his father's side lived to 101 years old.

Tate Lovett Is A Member Of