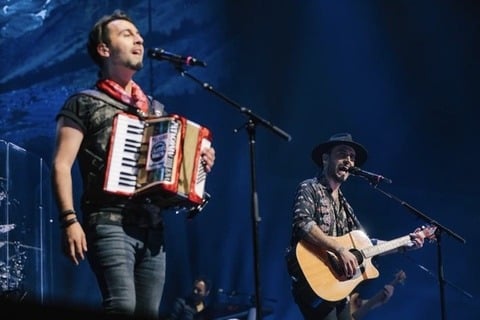 Pop-rock duo that more specifically falls into the genres of onion pop and romantic rock. They became popular in 2010 with the release of their first song, "Tu me haces falta."

More than 5,000 people were in attendance to watch their first concert in the Caupolicán Theatre in Santiago. In 2015, they received the prize for "most played songs" at the Pulsar Awards.