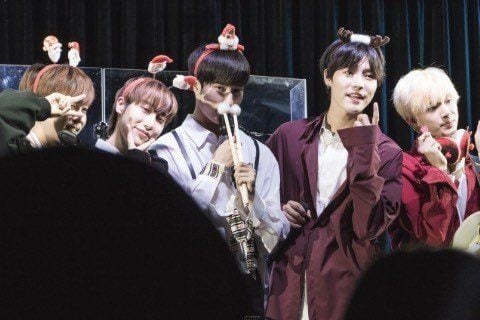 Pop rock and R&B group that started off as an independent group that performed and covered well-known songs for charitable reasons.  They then released a debut digital track called "Butterfly, Find a Flower" and took off from there.

The group is comprised of the five members Yonghoon, Harin, Kanghyun, Dongmyeong and CyA.