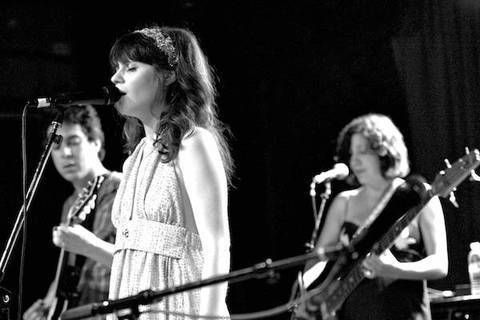 Indie pop and folk duo featuring film and TV actress Zooey Deschanel. Their discography included a series of albums simply titled Volume One, Volume Two and Volume 3 as well as a couple of Christmas albums.

Their song "So Long" written for Winnie the Pooh in 2012 earned a Grammy Award nomination in the category of Best Song Written for Visual Media.

She & Him Fans Also Viewed