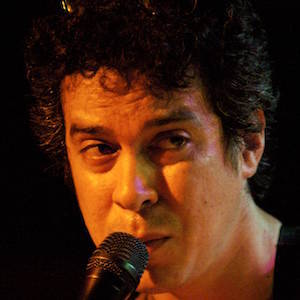 Born Matthew Stephen Ward, he is an Americana and folk musician known for his albums Transistor Radio, Post-War, Hold Time, and A Wasteland Champion. He also formed the folk duo She & Him with Zooey Deschanel.

He first began playing with the band Rodriguez in the mid-1990s. He recorded his first solo album in 1999.

He first met Zooey Deschanel on the set of The Go-Getter, where their work on a duet for the movie led to future collaborations.

While he grew up in Ventura, his music career is based out of Portland, OR, where he moved after college.

He's performed with Conor Oberst as a member of Monsters of Folk.

M Ward Is A Member Of