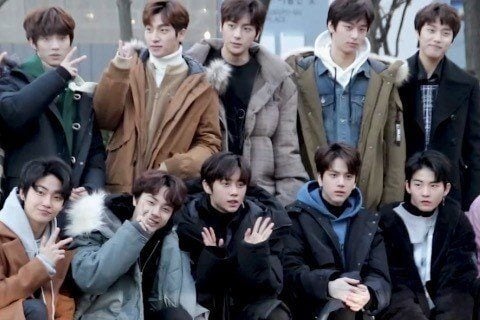 Formed under Cre.Ker Entertainment, the 11-piece K-pop group had their first live broadcast on July 22, 2017. They officially debuted on December 6, 2017 with their EP The First, and its lead single "Boy."

They filmed a reality show called Flower Boy Fast Food Restaurant before making their debut as a K-pop band. They earned their first-ever music show win on SBS MTV's The Show.